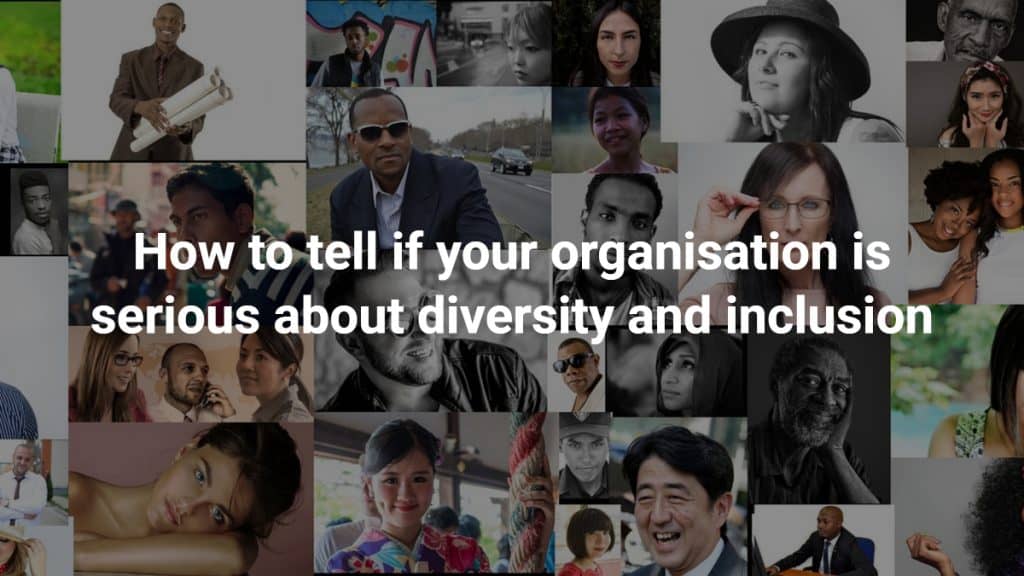 First – the why. Why would someone in the dominant power structure want to change the system? As a leader, as a practitioner – anyone wanting to create more equitable and inclusive organisations – you need to be able to answer one question: what’s in it for me WIIFM)? If the business case was sufficient, we would have seen a lot more change than we have. The business case, as clear as it is, does not address the human case –the emotional responses to diversity. Why do you want a greater gender,  cultural, racial or other mix in your organisation? How can you explain that clearly and simply to someone else? Do you want that greater mix in your leadership and decision making roles? Again, why? And if so, how serious are you? Are you willing to do the work? A D&I strategy is only useful when it’s supported by behaviours – words on paper are fine, but not sufficient

Second – the how. What amounts of time, resources, and attention are being given to D&I? A senior executive was asked by his CEO to lead a new D&I initiative; his first question back to the CEO was: “How serious are you – in other words, what’s the  budget?” Is your D&I focus strategic, or operational? Do you have a comprehensive strategy that is clearly linked to helping achieve the overall organisational mission? Are you clear that D&I is about the organisation’s culture, not just individual programs?  How much do you rely on things like unconscious bias training? If such training is a centrepiece of your D&I strategy, you have some work to do. While unconscious bias training has been coming in for increasing criticism recently, it’s not the training that’s  the issue, it’s the intention, and the outcomes expected. If your only interest is to raise awareness of the fact that unconscious bias is something we all have without focusing on behaviour and accountability, the risk is that having bias can be used as an excuse for poor behaviour*.

Unconscious bias is only one piece of the D&I equation – one part of one of the five Foundations of Diversity we use in our work (see https://www.adc-assoc.com/ – podcasts for more information). If you’re serious about making change in your organisation, 2 hours on unconscious bias won’t do it. What will do it? More time, deeper conversations – make it about leadership, and about culture.

*Thanks to Lucy Taksa. See ‘Shifting the dial from biased mental states to higher standards of behaviour’.

Posted in Diversity and Inclusion Solutions